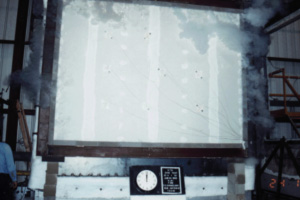 Fire resistive performance is a code requirement.  The required level of resistance determined by the building code and is based on the occupancy of the intended structure, the height of the building, and the construction type.  It is measured in hourly increments, with the most common ratings being one or two hours.  The rating is based upon the performance of the whole system and not upon individual products or components.  Cold-formed steel framed wall assemblies have successfully attained a four hour fire resistance rating.   The test standard that is used to measure an assembly’s fire resistance is ASTM E119 Standard Test Methods for Fire Tests of Building Construction and Materials.  The photograph to the left, taken from what is termed the unexposed side of the frame, depicts an actual fire test.   More information on this subject is provided in the Technical Resources page on this Web site.

Surface burning characteristics of the wall cladding are determined by testing individual products according to ASTM E84 Standard Test Method for Surface Burning Characteristics of Building Materials.  Each wall cladding product is tested individually by itself to determine how it will react to what is termed a “flame front”.  The performance of the material is then compared to red oak flooring and cement board.  The final number is not based upon units, but rather only reflects the comparison.  In addition, the amount of smoke is measured to predict if the material will generate too much smoke, thereby impeding the ability to read exit signs.  Recognition of a wall or ceiling element or component as being non-combustible is governed by testing per ASTM E136 Standard Test Method for Behavior of Materials in a Vertical Tube Furnace at 750o C.  Building codes require that exterior walls in Types I, II, III, and IV be non-combustible.  More information on this subject is provided in the Technical Resources section on this Web site.

The International Building Code (IBC) has provisions on the use of what is termed a “thermal barrier” to separate the interior of a building from any foam plastic.  This requirement is detailed in the 2012 IBC in Chapter 26 Plastics, specifically 2603.4 Thermal Barrier.  Fire performance of ½” gypsum wallboard is used as a basis of performance with test procedures required to qualify alternate materials. 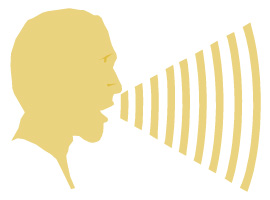 For exterior wall systems the focus for acoustics is how well the wall impedes the transmission of sound through the wall itself.  There is a single number rating system that has been established to compare the performance of one system to another.  This rating system is called Sound Transmission Classification, or STC.  The test procedure utilized to determine the classification is ASTM E90 Standard Test Method for Laboratory Measurement of Airborne Sound Transmission Loss of Building Partitions and Elements.  The actual rating of the assembly based on the results of the ASTM E90 tests is derived from ASTM E 413 Classification for Rating Sound Isolation.   More information on this subject it is provided in the Technical Resources of this site.

Codes are adopting language that requires STC ratings in exterior walls.  This can be problematic for the overall acoustical performance of the system is predicated on all the components.  The presence of doors and windows will greatly degrade the sound performance.  The designer should consult with a recognized acoustical consultant to adequately determine the combined STC. 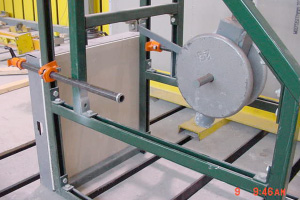 Impact resistance (and durability) is typically related to the wall cladding that is to be used.  This resistance, sometimes termed abuse resistance, is determined by testing wall cladding components per ASTM C1629 Standard Classification for Abuse-Resistant Nondecorated Interior Gypsum Panel Products and Fiber-Reinforced Cement Panels.  It then establishes three levels of performance for which the panels may qualify.  This test protocol looks at the panels themselves for what is termed hard and soft body impacts.  The picture at the left shows a test panel clamped in front of a swinging ram (hard body).  The ram drops a known distance with a known weight determines the impact energy.  The soft body test is similar, but a leather bag filled with 60 lbs. of sand is used to simulate the soft body.  In both cases the intent is to measure the energy required to fracture the panel.  There are also definitions for establishing the panels surface abrasion resistance and localized panel indentation.   The surface abrasion is measured by a wire brush with a known load is scraped back and forth (one cycle) across the surface of the panel.  The number of cycles of the brush to gouge the surface to a predetermined depth is recorded.  For the surface indentation a small object of known weight is dropped from a standard height to the surface of the panel.  The depth of the penetration is then measured.

Moisture resistance should be evaluated first on a component basis, and then ultimately as a system based on the intended environment.  First, from a component standpoint it should be determined if the material is water sensitive, i.e., degrades in the presence of moisture.  Then determine how much water will be absorbed by this material, and what its inherent resistance to mold growth is.  All that information is available from the building product manufacturer.

For an exterior wall system, special consideration for moisture migration through the system is warranted.  This moisture migration must be controlled to assure energy efficiency and to combat the deleterious effect that moisture can have on building materials.

There are two basic theories for controlling moisture migration through exterior systems.  The first is what can be viewed as a barrier type system.  In a barrier system the exterior facing materials create the water seal.  The exterior skin along with sealants becomes the primary barrier to water penetration.  This is analogous to a submarine where the shell or hull of the vessel is what keeps the water out.

The second concept is where there are several barriers installed within the system.  These barriers working in tandem with a drainage plane allow for a second line of defense against penetration.  Further the concept allows for the proper channeling and evacuation of any water that breaches the first line of defense.

Exterior wall systems fall into two structural categories.  The first is where the wall is only designed to carry the wind load.  This is called a “curtain wall” concept.  Cold-formed steel framed systems have been used in this capacity since the early 1960’s.  This design has the flexibility of being either simple or multi-span.  In simple span condition, the cold-formed steel framing only span from one floor to the next.  Multiple span conditions are achieved when the curtain wall studs “fly by” intermediate floors.  Studs are “sized” based on the span condition and the applied wind load.  Lateral deflection of the studs is limited by the restrictions imposed by the intended finish.  Brittle materials, such as conventional Portland cement stucco require a design with less movement that that of elastic finish materials.  Exterior Insulation finish systems (EIFS) are considered as flexible.  The Steel Framing Industry Association has a Technical guide to assist with the stud selection.